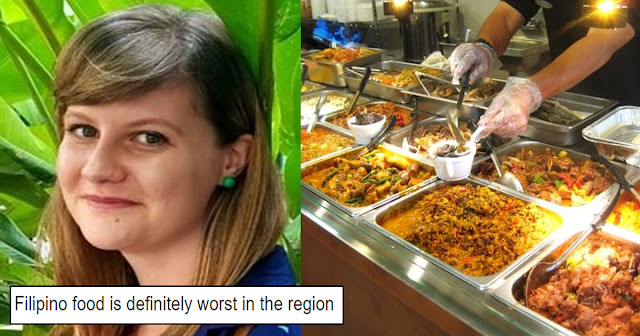 Filipino cuisine is a mix of Indian, American, Spanish, and Chinese influence. 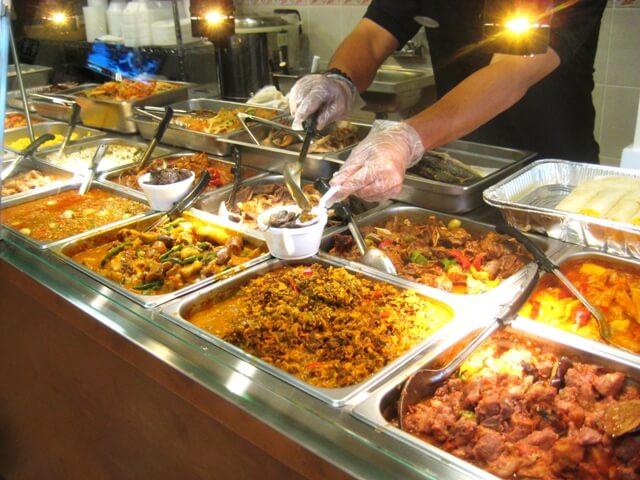 But an Australian writer named Kate Walton who is based in Jakarta, Indonesia received criticism after she said that Pinoy food is "bland" and "worst in the region".

It started when she replied to Cornell University professor Tom Pepinsky's tweet.

The professor ranked the food in Southeast Asia where he also placed Philippines at the bottom. Vietnamese, Laos, Singaporean and Malaysian topped his list. 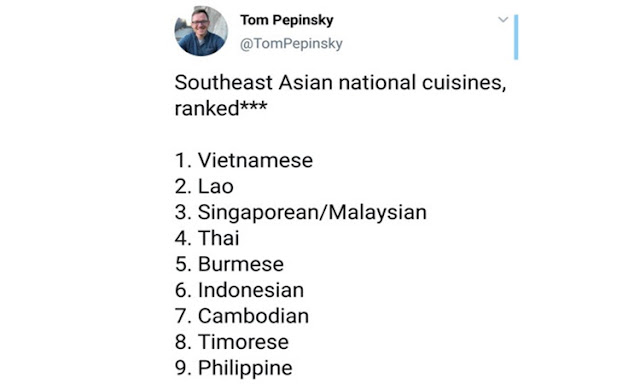 "Filipino food are definitely the worst in the region" Katy said in the professor's tweet.

After Filipino people started bashing her about her comment she then tweeted, 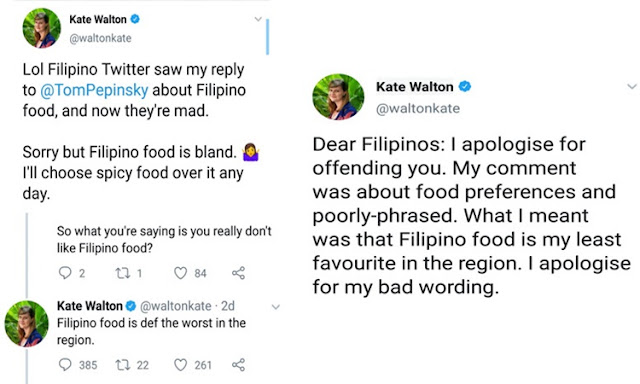 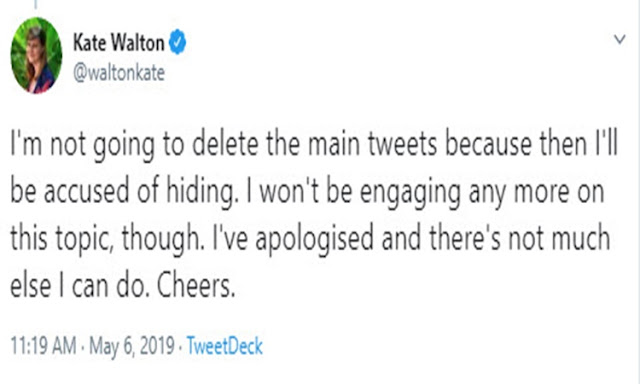 Though she apologized later on saying that her tweet was poorly-phrased and she said sorry for her bad wording, she doesn't seem to care about how Pinoy's reacted and said she won't delete her tweet.