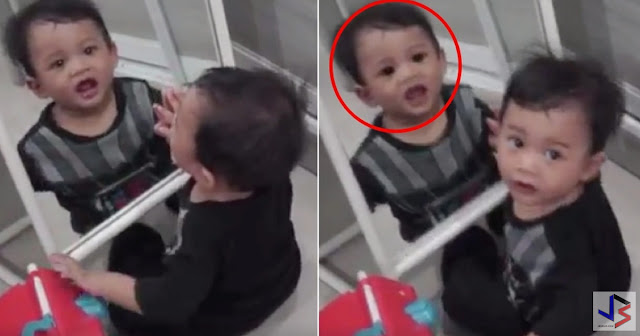 WARNING: if you're a scaredy cat do NOT watch this video at night. Because this video we're gonna show gives us the creeps!

A twitter user named Nasrullah Napi shared a video of his son standing in front the mirror past midnight. And boy did scare a lot of his followers.

He tweeted: “I was enjoying myself, playing PUBG, when my wife asked me to go get my son. I thought there was nothing but once I saw the video, I was scared!”
Ads 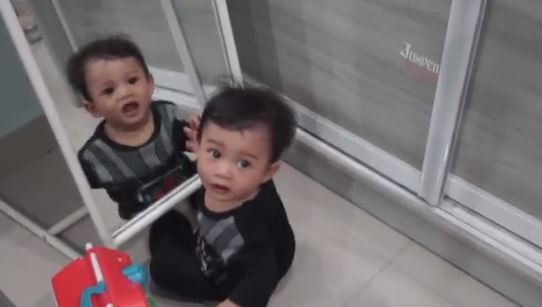 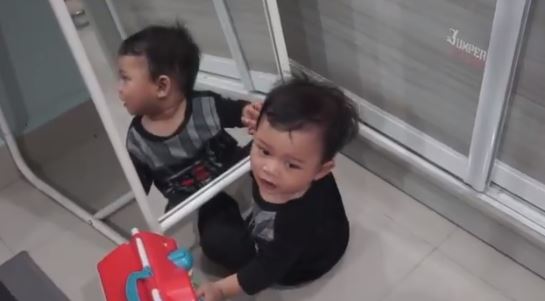 On the video the child is seen facing the mirror and when he turns his head to look at his mom. The reflection stared at the camera with pitch-black eyes!!! Then went back to his normal eye color.

The video caused a commotion and Nasrullah's followers expressed how afraid they were after watching the video.
Ads

But before you start peeing your pants, there's a plot twist. The video is just edited. Some netizens did remember that Nasrullah is a videographer. Plus he also did not deny that it was edited.

People didn't bash him for it though but instead they praised his editing skills.