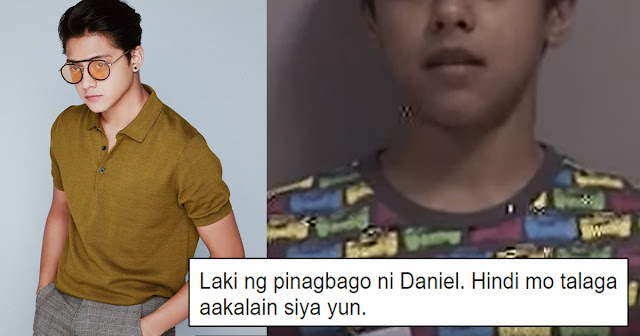 Daniel Padilla is one of the most in demand actors for this generation. He is the boyfriend of actress Kathryn Bernardo. Together they are popularly known as KathNiel.

The real life couple has starred together in multiple blockbuster movies and soaps like She’s Dating the Gangster (2014), Crazy Beautiful You (2015), Barcelona: A Love Untold (2016), and Can’t Help Falling in Love.

At just 14, Daniel already had a career in the showbiz industry. He has then worked hard to reach his goals to which he has so far achieved. He's now a big star .

And as Star Magic celebrates its anniversary they have shared with us how they started in the industry. They also shared throwback videos of some actors' and actresses' audition clips.

CHECK OUT THE VIDEO BELOW: